Bringing Visibility to Refugee Children Around the World!

Three Inside Out Actions were organized in refugee camps around the world to make visible the faces of children being affected by climate change, war, and social instability as their stories often receive less attention from the media.

Following his installation of five-year-old refugee Valeriia in Ukraine, JR continued to draw attention to the struggles children face in refugee camps around the world. Inside Out Actions were created in Rwanda, Mauritania, and Colombia where communities gathered to create beautiful installations and unfurl the portraits of refugee children on a 45-meter-long tarp to show that there are children stuck in refugee camps all around the world. 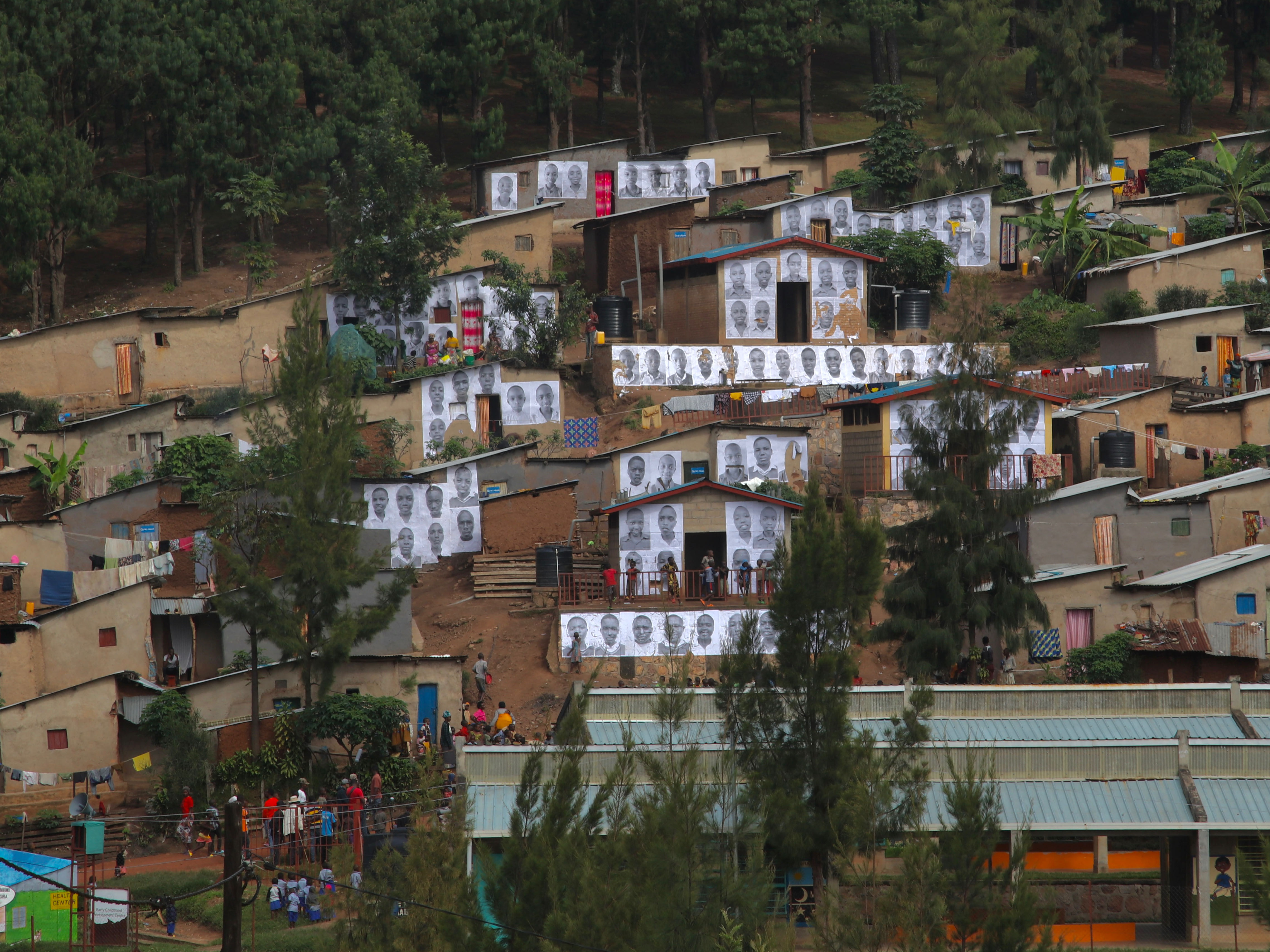 JR’s team, alongside community members and kids, pasted the portraits of all the children living in the Mugombwa Refugee Camp by the border of Burundi where thousands of people now live after having fled their homes in the Congo. After this Action, the children marched holding the image of eight-year-old Thierry and gathered for a picnic around the eyes of Kevine, another child living at the Mugombwa refugee camp. All the children came together to play, eat food, and enjoy music around the eyes of their peer. 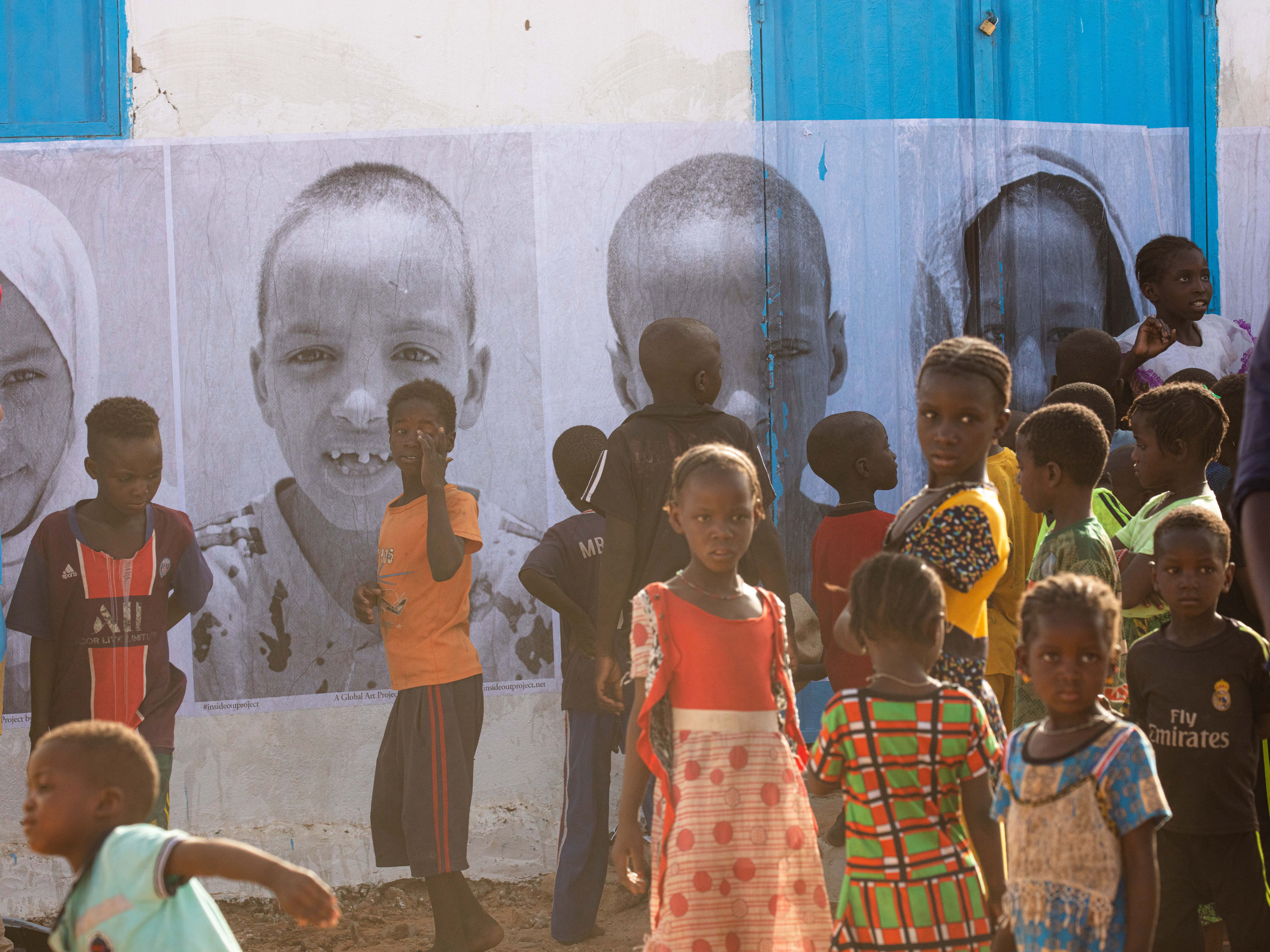 Deep in the Sahara desert across Mauritania, exists a remote refugee camp at the border of Mali, reachable only by driving thirty-six hours by car. Almost 80,000 people now live in the camp, having fled their homes due to drought and social instability. Here the whole community gathered around the giant image of a child named Jamal and shared a picnic. Portraits of children living there were taken and pasted to cover the walls of the camp. 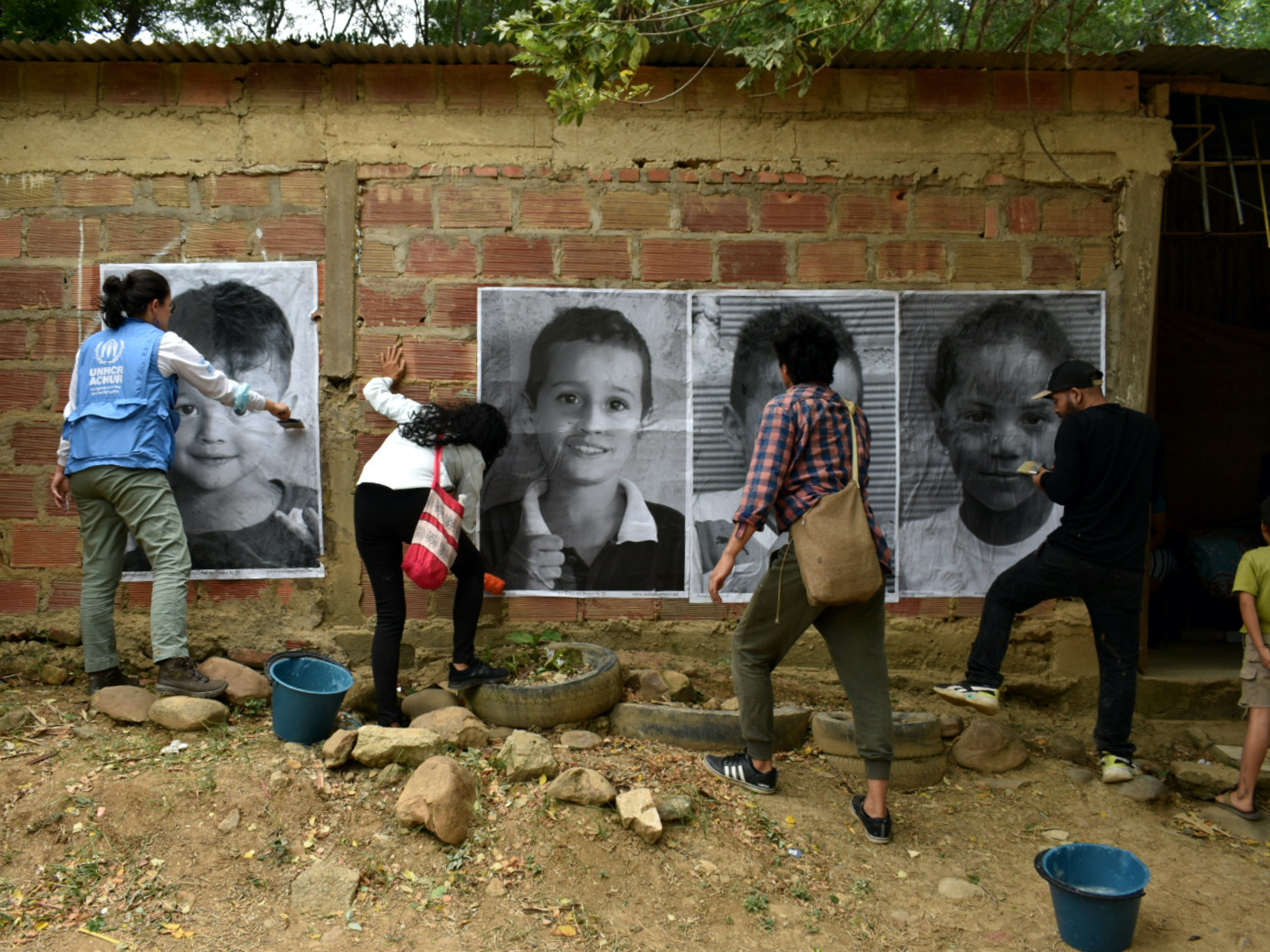 In recognition of World Refugee Day, this Action made visible the faces of the children who live in Las Delicias, a neighborhood primarily made up of Colombians internally displaced by armed conflict and Venezuelans who have fled across the border. Together, the portraits represent the diversity that exists within this neighborhood as well as the union and integration that is seen among its inhabitants.

The community of Las Delicias gathered to hold the portrait of six-year-old Venezuelan refugee Andiara who crossed the border with her family in 2019. With over 200 children and adults holding the image, the procession lasted over an hour and concluded with a picnic around the eyes of four-year-old Santiago, another child who sought refuge in Cúcuta.

Want to bring the Inside Out Project to your community?

Join the movement and create your own Inside Out Action today!